England in the High Middle Ages

I) 1)Richard the Lionheart

2) The Great Charter of Liberty

The period of mid XI – XIII is known as the High Middle Ages. It was the period of cities growth. They were 80 in England and their population was about 5%. Craft and trade were the main occupations of town-dwellers. The craftsmen were organized in guilds. The members of the guild helped each other in need. But at the same time there were very strict rules and all the members had to follow them. They could work neither worse, nor better than their colleagues. In London there was a case. A baker baked the rolls of the lesser weight, than it was ordered in the guild. The other bakers put him in the cage and were carrying him about London for the whole day to show that they renounce him. The advertising it was prohibited. In the guild none could get more profit than the others.

In this period England was still ruled by the descendants of William the Conqueror. In the middle of the XII century the new line of the dynasty was put up on the English throne. It got the name of the Plantagenet dynasty. It’s founder was Henry the II Plantagenet. His mother was a granddaughter of William and she was married French court[1]. The nickname was given to Henry’s father who enjoyed hunting in prickly bushes – in Latin Planta Geneta. The dynasty ruled England about 250 years[2]. The kings of the dynasty ruled as England, as lands in France – Normandy and Anjou. In England they were kings, in France – vassals of French king.

Who was the most famous of the Plantagenet dynasty?

There were 80 towns in England with population of 5%. The craftsmen were organized in guilds. England was ruled by the Plantagenet dynasty, the most famous king of which was Richard the Lion Нeart.

There is a paradox. Being one of the most popular figures of English history Richard attended England only twice. He ruled the country for 10 years, but he spent only about ten months in England. The rest of the time he spent in France, in Austria or in Crusades. His nick name originally in French was Coeur de Lion. Lion Heart is the later translation.

May be he is the most controversial person in English history. His contemporar­ies and historians characterized him differently. To some of them he seemed handsome –the man of giant stature with golden curly hair, to others he seemed pale and ugly; some people called him greedy, others called him generous; some called him a traitor[3], some — a loyal friend. But everybody admit only one thing — Richard had a heart of a lion.

He acted as an ideal knight. This is the reason of his popularity.

His father was English king Henry the Second. His mother was Eleanor of Aquitaine. She came from the South of France. Not Paris, but Aquitaine was the center of culture then. Eleanor was an educated woman a patroness of poets, and a poetess herself . She was one of not so man women in European history who managed to be the wife of two kings. Her first husband was Luis the VII of France. He couldn’t bear her temper and divorced. Her next husband was Henry the II of England. Her intellect and her temper seemed him dangerous. So he kept her mostly imprisoned in the castle. They had four sons. Richard was the third one. As his mother he was the patron of poets and a poet himself.

He knew Latin, Italian – that was unusual for the kings of the Middle Ages

Which language did he not know?

He ruled the country for 10 years and spent there only 10 months. He acted as an ideal knight. His mother was Eleanor of Aquitaine, the wife of two kings and a poetess. Richard knew Latin, and Italian, but didn’t know English

He was interested in the European policy much more than in his English affairs. Soon after he had become the king of England he got the news from the Holy land (Palestine). There was a little state of the Christians. It had been founded by the participants of the first Crusadea hundred years before the time of Richard. Richard knew that it had been conquered by the Egyptian sultan Saladin. Richard decided to go to the Holy Land to fight sultan Saladin. Soon after his coronation he Right started gathering an army for the Third Crusade[4]. He wanted to set the Holy Land free from the sultan Saladin. Richard understood that the enterprise would be long and expensive. He had to gather a big army of knights. Not all of his nobles had appropriate armour. Except the weapon each knight had to have three horses: to carry his weapon, to carry himself to the place of the battle and the special one to attack. That was equal the price of 45 caws and 15 usual horses or the price of the heavy tank. In order to gather money Richard used all the ways. He used the whole English state treasury. He imprisoned the part of the nobles (the supporters of his father) and let them free only for ransom. He sold posts in state and church.

Richard organized the Third Crusade to Holy Land. Each knight had to have three horses. To gather money for it he took the whole English treasury and raised the taxes. He told: “I would have sold London, if there had been a purchaser”.

He was accompanied by the main kings of Europe: French, German and Austrian. French king Philip II became his enemy. There were 2 reasons.

— French king didn’t want to go with Richard. He thought that Crusades were a mad idea. He had a lot to do at home, at France. But he had to go, so that people would not think that the king of France was not faithful to Christianity

— The second reason was in Richard’s popularity. It was so great that nobody notice Philip’s presence. Philip became jealous

Richard was an excellent commander and won several battles. But he was an excellent knight at the same time. So he was not consistent. For example before getting the Holy land he seized Cyprus, because its ruler Byzantine emperor captured Richard’s fiancée[5]and kept her on the island. There was a tradition that noble ladies followed the knights to watch their feasts. That’s why not only the knights but also the noble ladies participated in the Crusades. And Richard’s fiancée followed him. But she was shipwrecked and became the captive of the Byzantine emperor. Richard could have sent to emperor a ransom, but it wouldn’t have been beautiful. It was not the way of an ideal knight. Richard came to the Cyprus with his army, released his fiancée and captured the emperor. The emperor pleaded Richard not to chain him with the iron chains. Richard promised and chained with the silver ones.

His fiancée followed him to watch the feasts but was captured at Cyprus. Richard released her and chained the Emperor in silver chains, because he had asked not to chain him with iron.

Then he continued participating in the Crusade. It wasn’t successful. Richard quarreled constantly with French king Philip[6]. He hurried home, to France. He had a lot to do there. Historians say that he was a very talented politician and his main aim was the wealth of France but not the fantastic idea of conquering far lands.

Richard retuned to London with his mother, but for the very short period. His main idea was to protect his French possessions, he began to win back his territories in France and was killed. 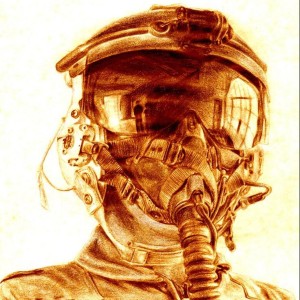